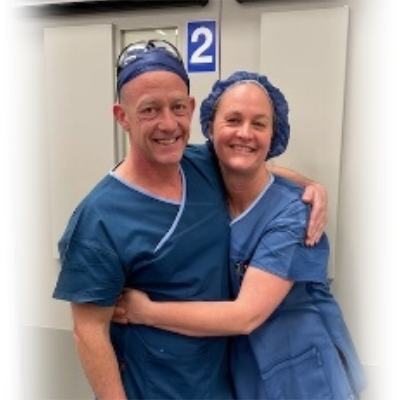 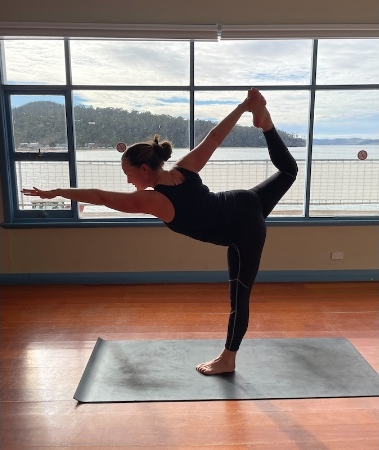 There’s no one universal reaction to finding out you have MS, just as not everyone shares the same experience when receiving a diagnosis. For Anna Chilcott, things changed rapidly in the lead up to May 2021.

In April, Anna had a respiratory infection that reactivated glandular fever. One Monday morning Anna got up to go for a walk, but she felt like her left leg was deep in mud and her foot was not registering the ground. Anna is strong, but on this day, she had no balance or reflexes and couldn't run. As a GP, Anna knew something wasn’t right, so she called to make an appointment.

Anna’s usual doctor was unavailable, so she saw a new doctor who was optimistic that whatever had happened could be reversed and sent Anna to the emergency department. After waiting an hour, Anna saw a junior medical officer, then a neurology registrar. They made sure she wasn’t having a stroke and did a CAT scan, although Anna said she needed an MRI. She went home six hours later, and it was like any other Saturday – except Anna couldn’t dance when she went to MONA (Museum of Old and New Art). If you are unfamiliar, MONA is in Hobart, Australia’s largest private museum, which also hosts events.

While waiting for answers Anna continued to work – she just had to make sure she didn't trip. While Anna waited to have her MRI, she continued as normal – until she went to work and saw the results.

“They didn’t even count the lesions, there were so many.”

The next day Anna was admitted to hospital for her first dose of prednisolone and a lumbar puncture. Anna’s symptoms had almost completely resolved, but after the prednisolone and stay in hospital her brain was ‘in a state’.

“I had to take time off work. I couldn’t sleep, read, or listen to music. I was completely beside myself. I kept thinking it was going to settle down, I couldn’t even watch TV.”

During the several weeks that followed, Anna’s GP was able to step up and was very good at telling her what to do and giving her guidance.

“It’s very hard to be on the other side of medicine and to be told I need to stop.”

At that point, Anna hadn’t seen a neurologist. At the MS Clinic at the Royal Hobart Hospital Anna was reunited with her teacher, Professor Bruce Taylor, this time as a patient.

As Anna went through this process, she didn’t tell many people about her diagnosis - only her close friends and family. Several weeks after leaving the hospital, Anna was unpacking and found the copy of InTouch Magazine that the nurse had packed for her. On the back cover was an advertisement for the MS Walk Run + Roll and Anna knew what she wanted to do.

“[The MS Walk Run + Roll] would be a fantastic way to let people know what’s going on with me and harness the power of a fundraiser. I knew my friends would have offered help, but I didn’t need anything.”

Anna posted on Facebook to announce her diagnosis and let everyone know what she had signed up to the MS Walk Run + Roll TAS.

“My friends absolutely took it and ran with it. I was astounded... It was amazing and they just gave and gave and gave. I’m just so grateful to my friends.”

Since then, Anna has been powering towards her fundraising goal, and kept her network up to date via social media and blog posts.

As someone who is still adapting to an MS diagnosis, Anna is still finding what works for her. After ten weeks off, she went back to work and has found that yoga is an essential part of managing her symptoms.

“Yoga has kept me going – I’m now going to every single class I can. When I'm doing yoga was the only time, I feel calm and well and relaxed.” 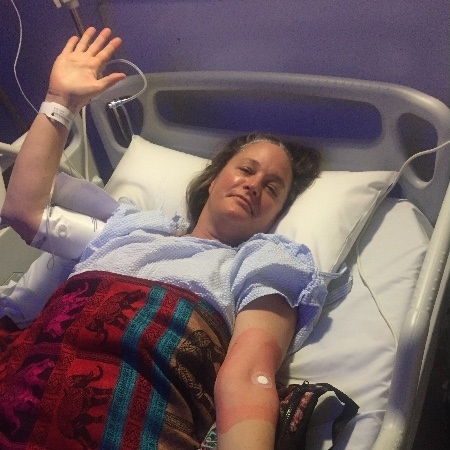 Prior to her diagnosis, Anna worked full time. Now she works as a GP part time and a surgical assistant. Anna acknowledges that there’s an intellectual strain while working with others with neurological conditions.

Anna can’t imagine how difficult it must be to receive an MS diagnosis when you have no medical background. The sheer scale of information to take in at once has been hard enough for her, and she has a lot of medical knowledge.

At the same time Anna registered for the MS Walk Run + Roll TAS she registered with MS Connect. While Anna was still overwhelmed and coming to terms, she didn’t need anything yet. Via MS Connect, she spoke to a nurse who was a “lovely and excellent listener.”

“She’s provided me with the most immense support for someone in my situation. I know I can get in touch at any time, and I feel very lucky and grateful. Being slightly involved with one little online [MS] community and seeing other people’s stories open up that world of how much this support is needed.”

The MS community Anna is connected to shares their difficulties with each other, and she finds it reassuring as they’re all different, but also the same.

“It’s an incredible community. They’re keen on providing support to each other and are really united by the experience. There’s a real unspoken camaraderie and desire to support each other. It’s there with everyone who has MS.”