It was late 2004, on a business trip to New York, when Melantha first experienced symptoms.

The headaches she put down to cabin pressure, head itch she assumed was the travel shampoo, the ear pain must be due to the freezing the New York winter wind tunnels of Manhattan... but then the “drop foot” – where her foot stopped moving as she walked down 5th Avenue to Tiffany’s – was just… odd.

By January 2005 it was confirmed Melantha had the “best” type of the four MS types, Relapsing Remitting Multiple Sclerosis (RRMS), and she started treatment straight away.

Still she lived life to the fullest, got engaged, married, travelled to South Africa, fell pregnant and, after a dream pregnancy, gave birth to a healthy daughter.

Sadly, a few months later Melantha had a seizure, waking up in the hospital where she stayed for six days 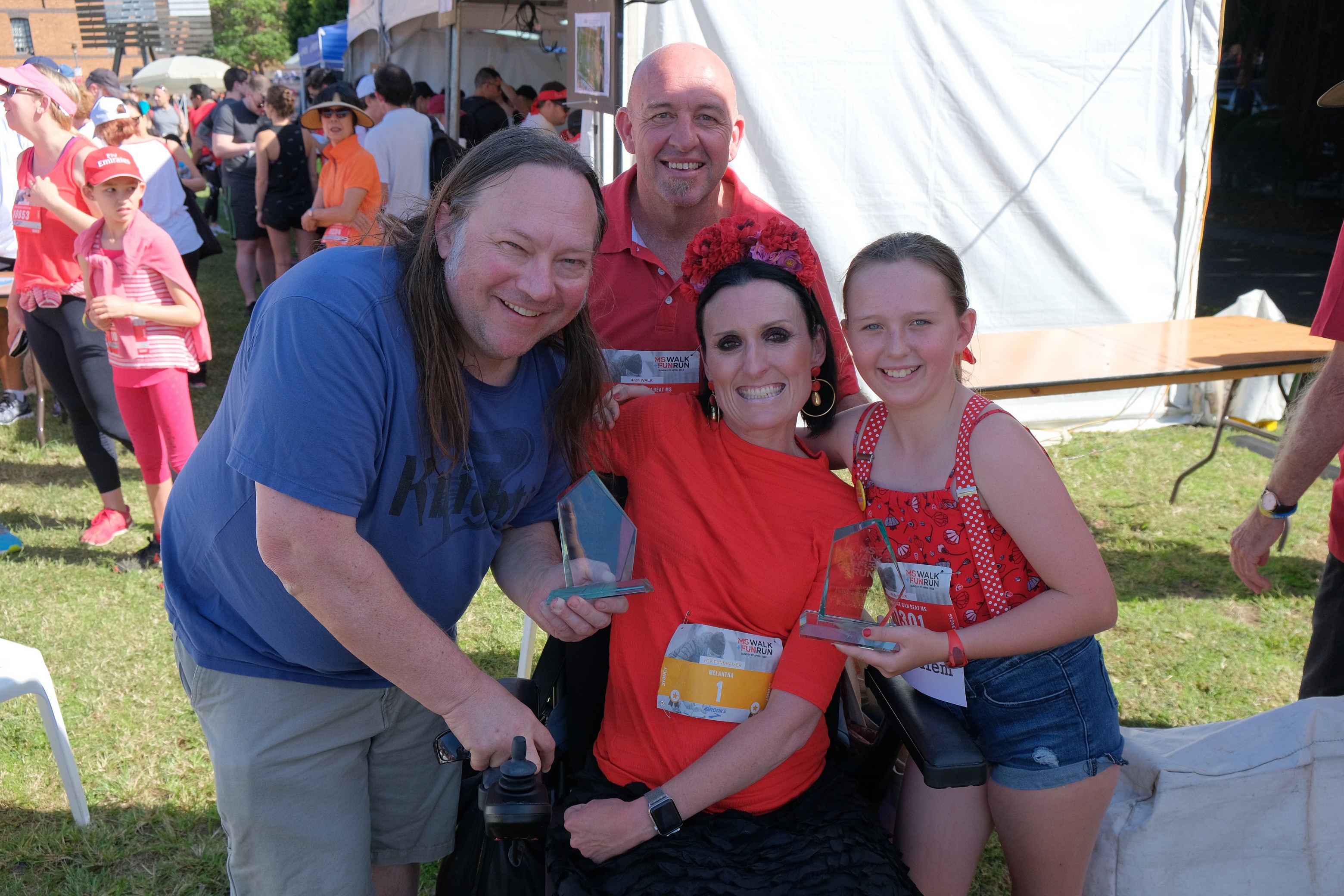 Melantha describes herself as “unique, individual, one of a kind” and, unfortunately, her MS can also be described in the same way – the typical drug choices were not getting results for her aggressive MS.

A treatment called Tysabri (Natalizumab) had become available through medical trials and Melantha was selected to be one of the first in Australia to try the once a month treatment.

It worked. She was attack free, enjoying walking and driving a very cool Mini Cooper!

Melantha and her family were told there was a chance she could contract Pulmonary Multifocal Leukoenceopathy (PML) caused by Tysabri but it was very slim and as treatment was working so well, they decided to roll the dice and take the risk...

To fall pregnant, a person with MS needs to come off medications to “wash the system” and give the child the best start in utero. During her second pregnancy she suffered terrible morning sickness and by the fourth month she relapsed, unable to walk.

She was readmitted to the Royal Hospital for Women, this time for duration of her pregnancy – five more months! In this time, she became a guinea pig for curious medical students and doctors who were all fascinated by her kind of MS. She was more than happy to oblige; it gave her comfort and a nice feeling to give the opportunity for anyone to learn from her case and hopefully help others with MS. 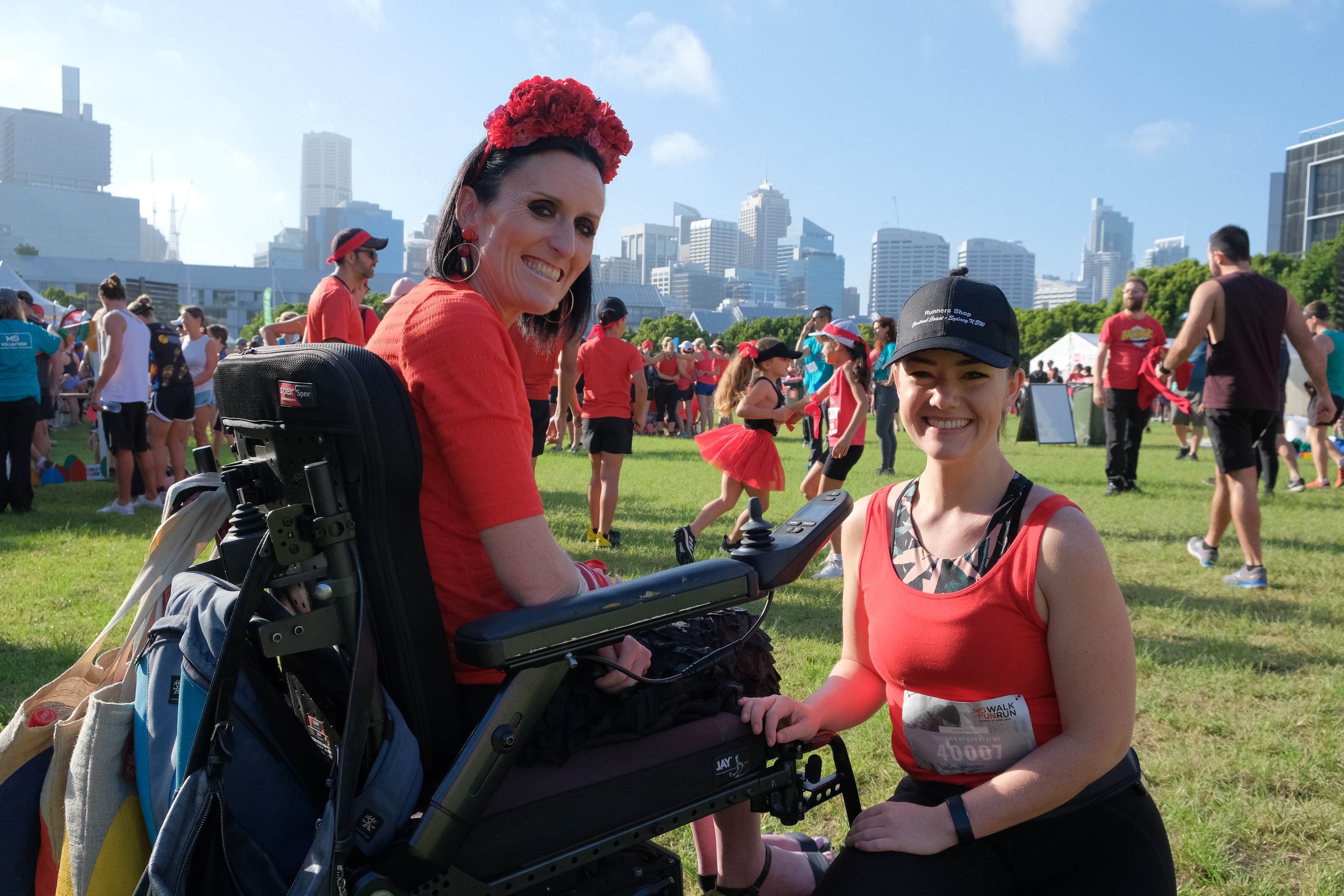 She gave birth to another healthy girl and re-learnt to walk before finally going home, only to experience her worst relapse a few months later, losing all feeling below the hip.

She was re-admitted to hospital away from her husband, toddler and newborn for another two months of drips, needles and drugs and finally she learnt to walk again for the second time in 2009.

Back on Tysabri and back to ‘normal’, her only MS symptom was tiredness, like so many new mothers feel. Life seemed a dream for Melantha as she raised her two little girls on the beach at Clovelly. Their days were filled with friends at local cafes, craft groups, and classes for music, dance and swimming.

By 2012, things started to go wrong again and Melantha was back in hospital for the next seven months.

During this time, she received the devastating news she was the fourth person in Australia to be diagnosed with PML caused by Tysabri.

Melantha was finally discharged but is now pretty much bed ridden. She has lost the use of her left arm and has extreme difficulty communicating verbally. She needs a carer every weekday to shower & dress her, do her house chores, make her coffee, and take her to medical appointments.

In February 2014, Melantha described wanting more freedom. She got her L plates on an electronic wheelchair and in 2016 registered in the MS Walk Run + Roll with her team Carpe Diem - Latin for “seize the day”.

In the five years since, Melantha has raised an incredible $40,000 to help other people living with MS and raise awareness of MS.

Melantha says she gets her determination from her Nan. She feels blessed to have her close family support especially her husband and her ‘tweeny’ daughters!

“Their love, adventures and personalities are the best medicine every day,” Melantha says.

She is grateful for her friends who bring her comfort and joy by simply being there, checking in or dropping by and for her local community who rally around her when she is trying to raise money for MS.

Her advice, “Embrace every chance and connection you possibly can. Especially the chance for another chance. Life is a lottery, people.”